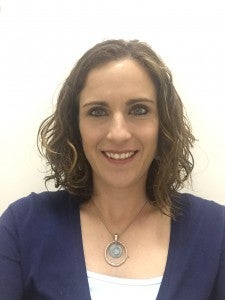 Dr. Lauren Waugh received her B.S. in Biology with a Chemistry minor from The Pennsylvania State University in 2000.  Spending two years as a research technician in the Pharmacology Department at the University of Pittsburgh, she found a love for the field of toxicology.   Dr. Waugh is a 2004 graduate of the Marshall University Forensic Science Program and performed her internship in the toxicology laboratory at The West Virginia Office of the Chief Medical Examiner (WV OCME).    In 2010, she completed a Ph.D. in Biomedical Sciences with an emphasis in toxicology.   Prior to joining the faculty of Marshall University’s Forensic Science Graduate Program, she returned to the WV OCME for over three years as a forensic toxicologist.  During her time there, she also began lecturing around the country for the United States Drug Enforcement Administration as part of the Office of Diversion Control’s Pharmaceutical Overdose Death Investigation Seminar series.  She is a member of the American Academy of Forensic Sciences, The Society of Forensic Toxicologists, and The International Association of Forensic Toxicologists.  Dr. Waugh has also been appointed as a member of the pharmacology/toxicology subcommittee of the Advisory Committee for the Evaluation of Controlled Substance Analogs (ACECSA).  Her research interests include: determination of CB1 receptor binding and agonist activity of synthetic cannabinoid compounds, evaluating buprenorphine metabolism in opiate-addicted mothers and fetal tissue as a predictor of neonatal abstinence syndrome, and determining the possible role of cytochrome P450 genetic polymorphisms in unexpected methadone fatality.