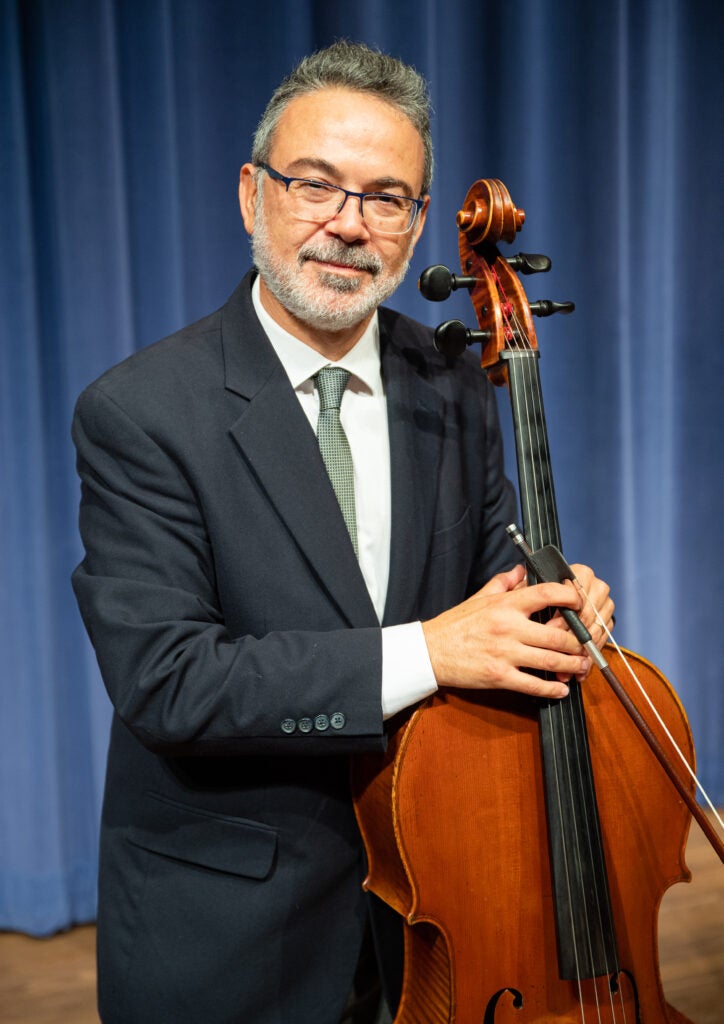 Dr. Şőlen Dikener is a professor of music at the School of Music of Marshall University. He has been teaching cello, double bass, chamber music, music appreciation, and critical thinking classes since 2002. A winner of the Distinguished Artist and Scholar Award (2007) at Marshall, Dr. Dikener published an internationally renowned cello method book, “Cello Warm-Up!” that received critical acclaim from The Strad magazine. In addition to his teaching responsibilities, he also directs the Woodlands Chamber Series in Huntington, WV, an annual concert organization he founded and currently serving as its music director. He directed the Music Alive Chamber Music Series for over a decade in collaboration with Frist Presbyterian and Fifth Avenue Baptist Churches. Every summer, he returns to his native Turkey and teaches at the summer music school; Datca Cello Academy.