Thank you for notifying the Web Team of the issue(s) with this page. We will respond as quickly as possible.
School of Music 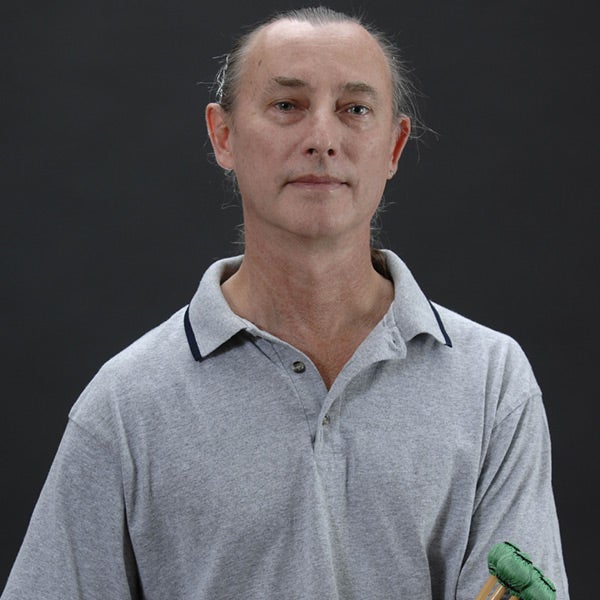 Steven Hall is presently a Full Professor in the Marshall University Music Department.  As the Coordinator of Percussion, Steve’s primary responsibilities include directing the Percussion Ensemble, African Drumming and Dance Ensemble, teaching Applied Percussion, and World Music.  Active as a percussionist/drummer in a wide variety of settings, he has recently performed with The 5th Dimension, Mary Wilson, Blood, Sweat and Tears, The Three Irish Tenors, and Landau Eugene Murphy, Jr. Professor Hall recently collaborated and toured with Brigid Burke, composer, clarinetist, video artist and Mark Zanter, guitarist, electro-acoustic composer on the recent Innova release “Total Harmonic Distortion”by BHZ: Burke, Hall, Zanter.  He has performed at the 2001 and 2003 Percussive Arts Society International Conventions in Nashville, TN and Louisville, KY and performs regularly in the Huntington Symphony Orchestra.

As a result of studying traditional West African music with the esteemed African scholars J.H.K. Nketia, Dr. Pascal Younge, and others at the University of Ghana, Legon, West Africa in 1998, the MU African Drumming and Dance Ensemble was created by Professor Hall and has proven to be an extremely popular offering at Marshall University. In 2003 and 2004 Mr. Hall traveled to Salvador, Brasil to study traditional Brasilian music and culture with professional drummers from the Afro-Brasilian musical group Olodum.  Mr. Hall’s performances with Landau Eugene Murphy, Jr. include traveling to Germany in November 2012 to perform for American military troops in Edelweiss and Stuttgart.