IT Service Desk technicians are on duty. Please connect with us via Chat, Telephone or email.

Request Something
Knowledge Base
Get Help 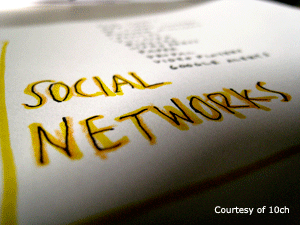 A: The World Wide Web is changing the way people communicate. Social networking sites such as Facebook, MySpace, Flickr, and Twitter offer services for sharing information online and staying in touch with friends. These services usually are harmless and beneficial; users can upload and create content in profiles, participate in blogs and podcasts, share photos and build a network of friends, either by inviting people to join the service or finding other registered users with similar interests.

A: Social networking sites are fun, but rely on connections and communication, so they encourage you to provide a certain amount of personal information. Unfortunately this information is increasingly becoming a target for identity thieves and other cyber-criminal scams. According to the “August 2017: Are You Practicing Safe Social Networking?”  article by Educause Center for Applied Research (ECAR), one should be extremely concerned and aware of the possible misuse of personal information, security problems, cyberbullying or cyberstalking, or leaving history that could cause them problems. Most Net Generation SNS users (18 to 24 years old) reveal the following information on their profiles: email address or instant messaging (IM) screen name, last name and full date of birth.

One should not forget that these sites are public forums not private areas! If you assume your privacy is protected on the web, whether it’s social networking or blogging, there can be consequences. Using information that you provide about your location, hobbies, interests, and friends, a malicious person could conduct social engineering scams and attempt to steal your identity. Knowing your schedule can make it very easy for cyber stalker to attack you. What you post online may someday influence your job chances; increasingly recruiters and employers are looking into online profiles of the prospective or current employees.

Social networking sites also serve as a gateway for worms, viruses and other malicious software. According to Kaspersky Lab, Russian anti-virus provider, the number of malicious software samples spreading through social networks more than doubled from 2007 to 2008, rising from more than 10,000 to more than 25,000. This year alone, analysts expect to see more than 100,000 malicious files. The most prolific attack occurring specifically within social networking sites is Koobface, a data-stealing worm that first struck MySpace and later Facebook. The malware spreads through messages in which users receive a link to a video claiming to come from a friend. However, if victims follow the link, they are asked to download a fake Adobe Flash update, which installs the worm.

A: If you choose using social networking sites consider following:

Security and privacy information from the popular social networking sites: